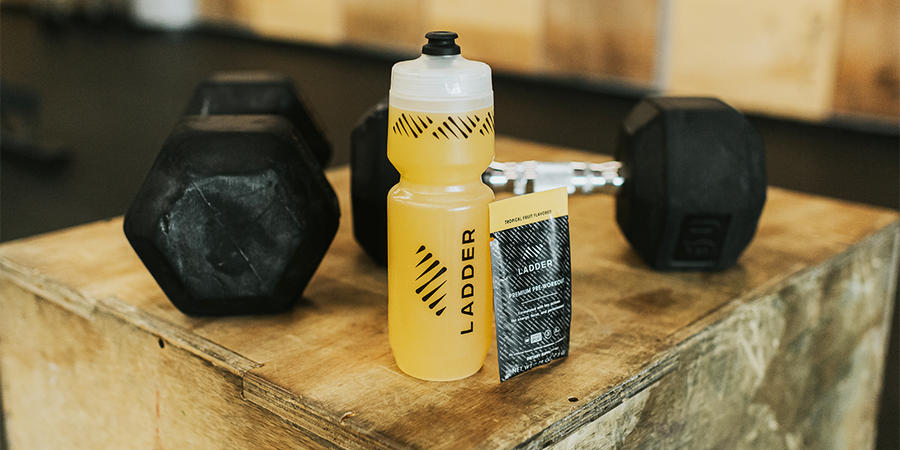 What does pre-workout do? Let's start by debunking a common misconception.

Old-school workout wisdom holds that you should never exercise with food in your stomach. It will give you cramps (or so the thinking goes). And besides, eating before exercise shorts out your fat-burning circuitry — doesn't it?

It's time to update your thinking. While going for a hard run when you're stuffed like a Thanksgiving turkey still isn't a great idea, having something small and easy to digest in your system before you exercise can provide some much-needed fuel. And having a dedicated pre-workout drink — something built specifically to increase exercise performance during the workout and enhance its effects afterward — can pay huge dividends over time.

Bananas are all well and good — but maybe it's time to pick up something with more potent ingredients, each included to elicit a specific fitness-boosting effect.

So, what does pre-workout do? Here are just a few of its benefits.

Supercharge your workout with extra energy and focus from LADDER Pre-Workout. 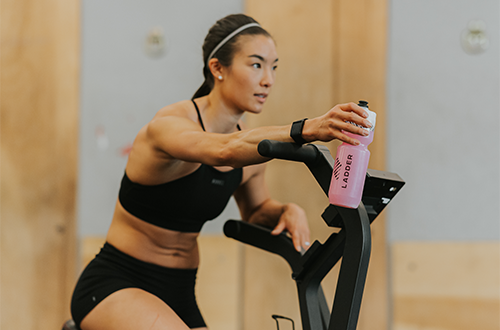 Let's start simple: many people are calorie- and perhaps more specifically, carb-phobic. They think that carbohydrates are to be avoided at all costs, in every context, and every calorie you don't ingest is a calorie that doesn't cause your waistline to grow. Because carbs make you fat, right?

Not really — especially if you're highly active. More accurately, carbs give you energy, something you need if you're hoping to get in a good workout.

Strength training, sprinting, HIIT, Tabata workouts, and other cardio-heavy forms of power and strength training run largely on carbohydrates. And having at least some calories in your system when you work out (and even some during your workout) supports performance in high-intensity workouts — and doesn't limit your ability to burn fat.

2. Improve your performance with caffeine

Caffeine is an active ingredient in most pre-workout formulas — like LADDER Pre-Workout — and there's a good reason for that. Of all the (legal) purported energy-enhancers out there, caffeine is one of the few that actually works. It's also one of the most studied and supported by science.

"Caffeine consumption has been shown to improve performance on a wide range of aerobic and anaerobic sport-specific actions," says Paul Falcone, senior scientist for LADDER.*

An extensive report from 2009 found that caffeine caused measurable improvements in performance both in short-duration activities common in field sports and longer-duration endurance-type activities. So whether you've got cardio or a strength workout planned, caffeine can help you do it better.

It's not clear why caffeine is so effective; Falcone and other scientists believe that it reduces "RPE" (rate of perceived exertion) or perception of fatigue during exercise.*

For best results, take caffeine 30 to 60 minutes prior to your workout. 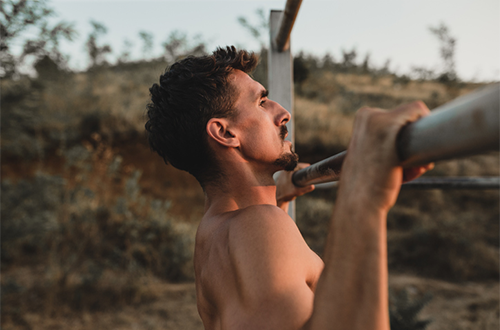 Caffeine can leave you feeling a bit jittery if you're sensitive to it — not a pleasant sensation when you're trying to hammer out heavy lunges. More effective in a workout is a feeling of being in "the zone," that calm-but-focused state pro athletes and other high-performers say comes over them when the pressure is on.

The amino acid L-theanine — available in LADDER Pre-Workout — works with caffeine to help take the edge off the caffeine buzz, while supporting that feeling of calm and focus.

"L-theanine benefits cognition by helping to sharpen focus and reaction time," Falcone says. "A balance of calm and focus may be beneficial in a variety of sports, whether in the gym, the court, or the field."

"Beta-alanine is a modified version of the amino acid alanine," says Falcone. "It is difficult to get in food in adequate amounts to support exercise performance." So even if you're eating well, you're probably low on beta-alanine.

When you work out, Falcone explains, beta-alanine plays a crucial role in staving off the burn in your muscles that forces you to slow down on the track or in the weight room when you push your limits. "Beta-alanine combines with l-histidine to become carnosine, which is stored in muscle for use as an acid buffer," he says.

By improving the buffering capacity of muscle during exercise, beta-alanine consumption has been shown to help delay exercise-induced muscle fatigue. It takes about 30 days to top off beta-alanine stores and notice its effect in your workouts — so take this one consistently.* 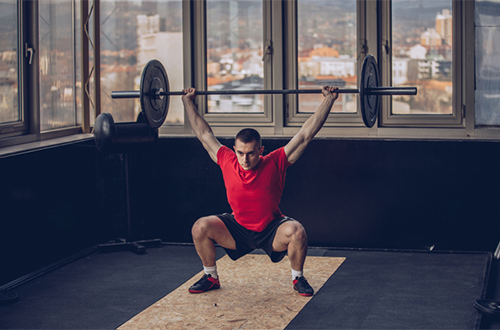 Creatine — one of the most important fuel sources for brief, powerful muscle contractions — is stored in your muscles for ready use when you move explosively or lift heavy weights. Most of us, however, are walking around with less than a full tank of it. Because of this, most of us tire sooner than we might when we're lifting weights or performing other short-duration, high-effort activities like sprints and jumps.

As a result, people see and feel a significant improvement in their workouts when they start taking creatine regularly. (Like beta-alanine, creatine can take up to a month of daily supplementation to build up to levels in your cells sufficient to make a noticeable difference in your workouts.)

6. Bring the pump with L-Citrulline

People who strength train regularly are familiar with “the pump" — the feeling of blood rushing into working muscles and swelling the tissues.

Few pre-workout drinks contain all of these workout-enhancing ingredients. On the contrary, many such products are little more than sugar-and-caffeine bombs. So look for a high-quality formula like LADDER Pre-Workout that has been NSF Certified for Sport.

Get Massive Pumps With This Pre-Workout Ingredient

Is a Stim-Free Pre-Workout Right for You?