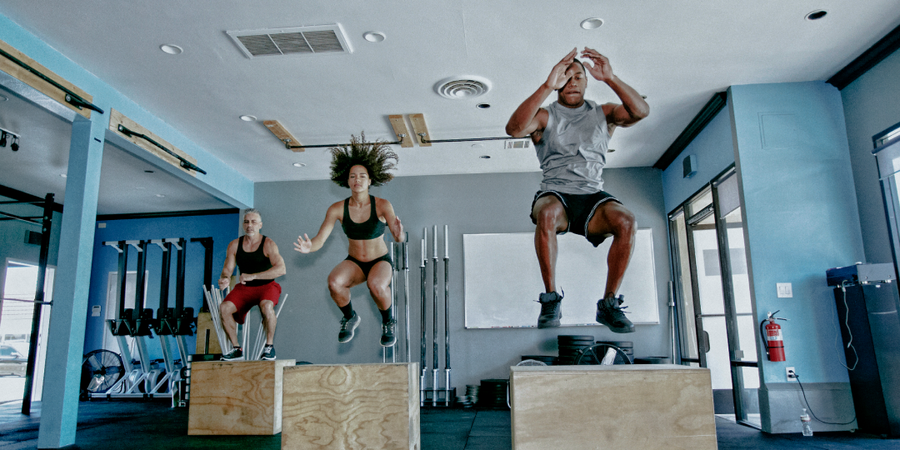 Beta-alanine sounds like something that turns ordinary people into titans, making the weak strong and the tired tireless. But superhuman daydreams aside, what does beta-alanine do?

While it's unlikely to turn you into a superhero, this amino acid does have important benefits for those seeking an edge in their fitness pursuits — especially if you're trying to develop increased endurance. Here's what beta-alanine is and what it does.

Work out harder for longer with performance-enhancing blend of ingredients, including beta-alanine, of LADDER Pre-Workout.

“Beta-alanine is an amino acid, and supplementing with it can help delay fatigue during intense exercise," says Trevor Thieme, CSCS, Openfit's director of fitness and nutrition content.*

You've probably heard of the essential amino acids (EAAs), which play an important role in muscle repair and growth, but which can't be synthesized by your body and must therefore be obtained through your diet. Beta-alanine isn't an EAA, meaning your body can synthesize it, but bolstering its supply through supplementation can pay dividends in your workouts, helping you exercise longer and harder whether you're lifting weights or pushing your cardio workout to the limit.*

How Does Beta-Alanine Work?

During intense bouts of exercise, your body ramps up energy production to meet the increased demand from your muscles. As it does, the resulting metabolic waste products, including hydrogen ions (H+), begin to accumulate faster than your body can clear them. That, in turn, causes your muscles to become increasingly acidic, which you experience as a burning sensation and muscular fatigue.

Supplementing with beta-alanine can delay this process by helping your body produce more of another amino acid called carnosine, which helps buffer muscle acidification.

“Carnosine is synthesized in our bodies from the combination of histidine and beta-alanine," explains Dr. Emily Pankow Fritz, senior director of scientific affairs for LADDER. “Beta-alanine is the limiting factor in carnosine synthesis — histidine is already abundant in the body — so supplementation can help."

Stocked with beta-alanine, your body can bolster its supply of carnosine, allowing it to more effectively buffer the buildup of hydrogen ions to help you crush your workouts so you can blow past your fitness goals.*

Just the Essentials: An Insider’s Guide to Amino Acids