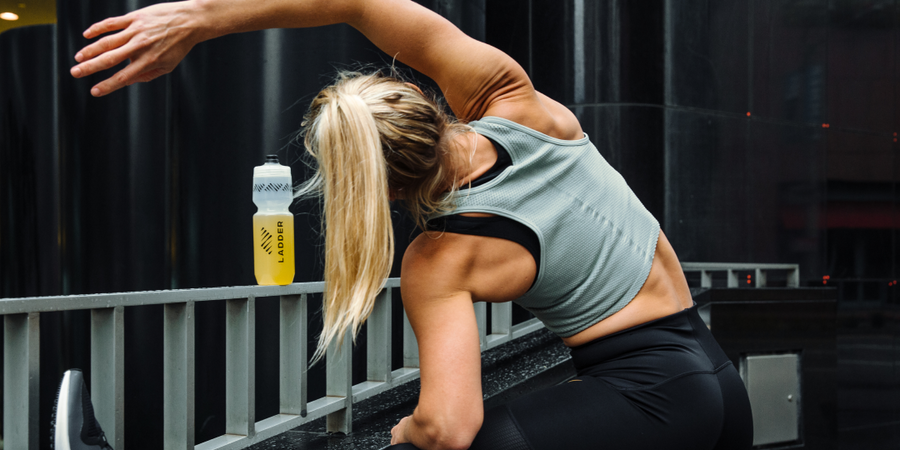 Are you wondering how much beta-alanine to take to optimize your workout performance? We've got you covered.

First, good call on adding the amino acid beta-alanine to your roster of supplements. If you're serious about getting fit, a growing body of research shows that bolstering your beta-alanine tank can help you exercise harder for longer. Over time, that may help support your individual fitness goals, such as more strength, less fat, greater muscular endurance, and more muscle.*

Improve endurance and fight fatigue with the performance-enhancing ingredients, including beta-alanine, of LADDER Pre-Workout.

“Beta-alanine has been studied at a wide range of serving sizes ranging from 800 mg per day up to 6.4 grams per day," says Dr. Emily Pankow Fritz, senior director of scientific affairs at Openfit.

"Higher doses of around 1.6 grams [the amount in LADDER Pre-Workout] have also been shown to help improve exercise performance," says Fritz.

Can You Take Too Much Beta-Alanine?

Beta-alanine is safe at recommended servings, says Fritz, but always check with your doctor before taking any supplement.

“One of the side effects of beta-alanine is a harmless, temporary tingling sensation called paraesthesia that can last 30 to 90 minutes after you take it," Fritz says. When it occurs, the tingling happens in the hands, face, and neck and is dose-dependent.

So if beta-alanine makes you tingle, and that makes you uncomfortable, break up your serving size into smaller amounts during the day — half in the morning, half at night, for example. It doesn't matter when you take beta-alanine, as long as you take it consistently, because it takes a while for it to build up to sufficient levels in your body for you to notice a difference in exercise performance.

How Long Does it Take for Beta-Alanine to Work?

Regardless of your serving of beta-alanine, it takes four to six weeks to accrue enough of it in your system to impact your workouts. So take it daily and be patient — after a few weeks, you'll notice it helping make a clear difference in your strength and stamina.*