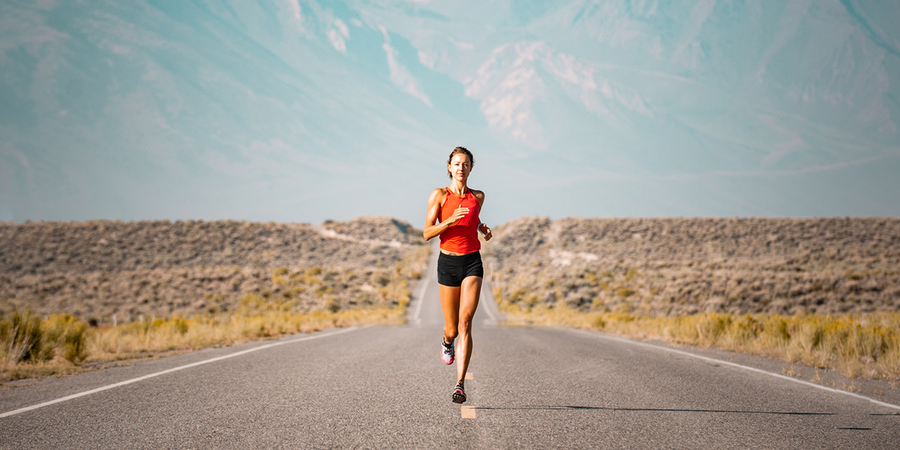 It's the week before a big race. You’ve been training vigorously for months — honing your mind and body in preparation for an event that will be a memory come Monday morning. Now that event is just days away, and there’s nothing you can do but taper your workouts, get a few good night's sleep, and mentally steel yourself to rock your competition on race day.

Or is there? The hay may be in the barn when it comes to your overall fitness, but you’re not done prepping yet! Strategic feeding in the days leading up your big marathon, triathlon, paddle-board event, or cycling road race can be a game changer, literally. Here are some guidelines on what to eat before an endurance race.

The Importance of Carbs

First, some nutritional 411. The calories in food come primarily from three macronutrients: carbohydrates, protein, and fat.

The primary job of carbohydrates is to provide energy. Your body also uses dietary fat (and to a lesser degree dietary protein) for energy, but carbs absorb into your system the fastest and are the most efficient way to fill up on something called muscle glycogen.

Glycogen is basically a back-up blood sugar supply that’s stored in your liver and muscles. When you exercise, your body taps into those stores to create glucose, which your cells use to produce energy.

As I said, your body also likes to use fat (both adipose tissue and dietary fat) as fuel, but it needs a little more processing than carbs. Think about how you get an energy jolt from drinking a glass of juice or sucking down a gel — that’s due to all of the sugar (AKA simple carbs).

A handful of nuts, on the other hand, is mostly fat. It takes longer to digest, so while it’s more satisfying (because it sits in your stomach, making you feel full longer), it won’t give you that quick increase in blood sugar.

Finally, there’s protein, which breaks down into amino acids, your body’s building blocks. While protein is hugely important in the athlete’s diet, it’s a lousy energy food. Technically, it can be converted to fuel, but that generally only happens in the absence of carbs and fat. The notable exceptions are branched-chain amino acids (BCAAs).

These amigos — leucine, isoleucine, and valine — are unique in that your muscles can use them as fuel. However, there’s no solid evidence showing that loading up on BCAAs impacts performance, probably because the amount of energy they supply is minuscule compared to that provided by muscle glycogen. BCAAs are best targeted for use as part of the recovery process.

How to Load Up Before Your Endurance Race the Right Way

As you can see, carbs are the real hero here. Most people store enough glycogen in their muscles to allow for 90 to 120 minutes of hard exercise. But when you train a lot, it’s hard to tell if you’re completely topped off. As a general rule, if your event lasts less than 60 minutes, you’re okay with your regular diet (as long as it’s balanced and healthy).

No need to carb-load. But if your event lasts longer than an hour, it’ll behoove you to increase your carbohydrate intake, starting about 3 days before your event. (The fancy term for this is “supercompensating muscle glycogen levels.”)

There are a couple ways to go about supercompensating. The easy way is to simply consume as many carb-y foods as you want: fruit, starchy veggies, whole grains, and beans. Don’t stuff yourself, but don’t be afraid to have a second helping of oatmeal, or to go for the super monster burrito.

This “pig-at-a-trough” method isn’t for everyone, however, so if you want to be a little more strategic about it, you can dovetail your carb-loading into your pre-event tapering.

Typically, you’ll want to get your last serious effort in about 4 days before your event. For 24 hours after that effort, go for it with the carbs. Eat pasta, drink juice, snack it up — you get the idea: don’t hold back.

After that, return to a moderate carb diet, but don’t be afraid to have an extra piece of bread at dinner, or grab an apple for a snack if you’re feeling peckish. Since you’re not working out intensely, your glycogen stores should stay supercompensated.

But before you bust out your abacus, keep in mind that these numbers are just suggestions. They’re based on the latest research and are correct for the average athlete, but we all have different biochemistries, so they may not be spot-on for you. Consider them ballpark figures, which you can adjust based on your own experience.

What To Eat On Race Day

If possible, top off your glycogen tanks with a carb-rich meal 3 to 4 hours before your event. (One thing truly magical about being an endurance athlete is that you're part of a tiny demographic that actually benefits from tall-stack pancake breakfasts.)

If that’s not going to happen, then have something an hour before your event, like a bowl of cereal. You’re shooting for 100 to 200 calories here. If that’s not possible, grab a 50 to 100 calorie snack 10 minutes before you start. Juice and gels are great options. If you want to keep it natural, low-fiber fruit such as bananas and dates are also good choices.

In the last two instances, we’re not worried about glycogen. We’re just trying to top off your glucose (blood sugar) without spiking it, which could cause it to dip back down again.

Avoid fiber, protein, and fat in the hours before your race. They’ll just slow the absorption process, and the last thing you want when you’re busting your butt in a race is a bunch of food sloshing around in your stomach.

So just keep them steady until actively avoiding them a couple hours before the start. Favor foods that do double duty, providing both carbs and complete proteins.

Why Carb-Loading Can Make You Gain Weight

One tricky thing about carb-loading is that glycogen contains water, so when you top off the tanks, it’s highly possible that you’ll suddenly put on a couple of pounds. Since many athletes, especially cyclists, try to keep weight down, this can be scary.

But don’t fret, grasshopper — these pounds are your friends! Will they be sitting on your saddle as you’re trying to hammer up that hors cat climb? Yes. However, they’re also drastically reducing your chances of bonking.

What’s more, they’re water, not fat, and that’s an indication that you’re well hydrated. You don’t want to mess around with dehydration during athletic events. Current research shows that, for endurance athletes, as little as a 2 percent dip in body weight due to dehydration can have a huge impact on performance.

One 2010 study showed that once that number slipped below 3 percent, time trialing cyclists experienced a 2.9 percent decrease in VO2 max for each additional percentage lost.

Another study from 2008 showed that cyclists who hyperhydrated (hydrated their bodies above their normal states) prior to a 2-hour event experienced a decrease in heart rate and perceived thirst, but an increase in time to exhaustion and peak power output.

Of course, hyperhydrating also means standing at the starting line and suddenly realizing you really need to whiz, but luckily, the sympathetic (fight or flight) nervous system has a habit of shutting down that urge, so just get moving and you’ll be okay.

How to Hydrate Optimally

You should be drinking plenty of water leading up to your event, but things become critical 2 to 3 hours before starting. At that point, there are two ways to know you’re hydrating adequately.

Many people feel they get adequate hydration through the water in foods and coffee or tea. There may be some validity to these beliefs for the masses, but not for athletes. You’re blowing through way more water than the average Joe.

What’s more, the odds of you overhydrating to the point of hyponatremia (a condition characterized by nausea, headache, confusion, and fatigue that’s caused by abnormally low blood sodium) are super unlikely, so you might as well be a little too hydrated than not enough. Besides, any sporting event worth winning is going to have plenty of port-a-potties on hand, so you’ll be fine.

At least one study showed that runners who drank a high sodium drink before exercise experienced less perceived strain during exercise, as well as increased exercise capacity in warmer weather. The obvious reason for this is that when you sweat, you lose sodium along with other electrolytes, which can have a huge impact on many systems in your body, including those governing muscle function.

Formulas like LADDER Hydration can be a great option in this scenario, which contains 390mg of sodium per serving.

Endurance training can be grueling. And the events themselves tend to be even bigger beat-downs. But there’s a small nugget of indulgence hidden in this avalanche of suffering. During those few days leading up to the firing squad — er, big race — life can be an all-you-eat buffet of things you’re usually not supposed to eat. So relax and enjoy it — while you can.

How to Build Habits That Stick for the Long Haul