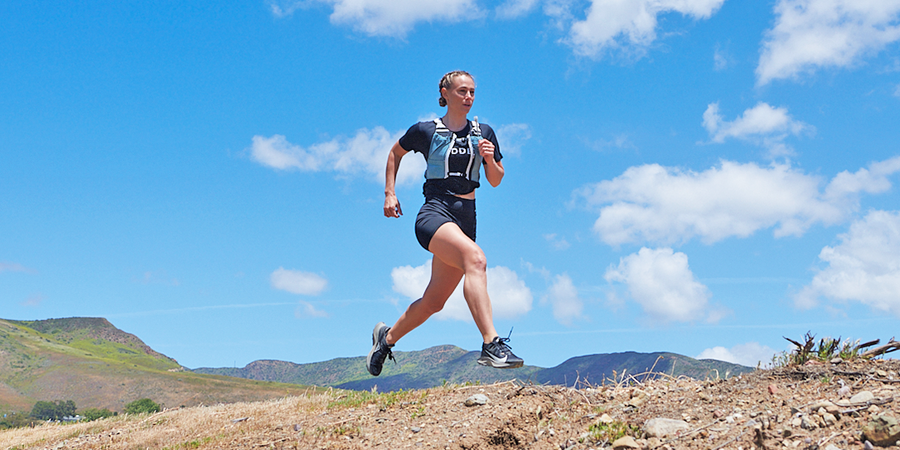 Learn What It Takes to Get Into Ultramarathon Shape

Even if you've never run a marathon, you likely know multiple people who have. Training to cover 26.2 miles by foot (and living to talk about it) is certainly impressive, but it's not entirely uncommon. Thanks to social media, the entire experience — from early morning workouts to overuse injuries and finish-line triumphs — has been demystified.

But the people who run ultramarathons, or races over 50 kilometers? Now, who are they? How do they begin ultramarathon training? And do they ever recover? We asked LADDER Athlete and ultramarathoner Bec Wilcock to find out.

Help your body rapidly rehydrate when you need it most with LADDER Hydration.

What Does it Take to Run an Ultramarathon?

You don't start a running career or hobby with an ultramarathon. Before registering for an ultra, it's crucial to establish a high level of fitness and a solid running base, says Wilcock. “If you are on the starting line of a 50-kilometer race, you would have done at least a half marathon or a marathon before," she says. “Most of the time, the athlete has run for a while. When I say 'a while,' I mean a couple of years."

In Wilcock's case, she started training at the age of 12 and spent nearly a decade laying the foundation for her career as an ultramarathoner. “I was a cross-country runner at school, and then I went into triathlons as well, so I had a very big endurance base before entering into an ultra marathon," she says.

At her first-ever ultramarathon — a grueling 100 kilometers — she walked away with the second-place medal and a new passion for (very) long-distance racing.

How Long Should You Train for an Ultramarathon? 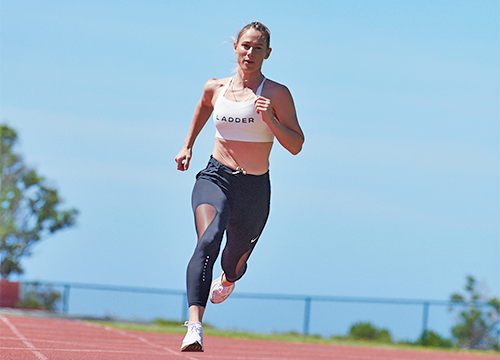 Most runners allow themselves about six months for ultramarathon training, says Wilcock. The training plan structure is similar to that of a marathon or half-marathon in that it starts with a building phase and ends with a taper.

In the building phase, the runner focuses on improving their endurance by steadily increasing their mileage each week. Wilcock likes to use one of her long runs to hit her race distance during her building phase. (“If I'm training for a 50-kilometer race, I want to make sure that I can do 50 kilometers before I get to the start line," she says.)

However, some athletes, especially those who are new to ultra distances, may run the full length of their ultramarathon for the first time on race day. “It might be like their first-ever race, and they'll get to 45 kilometers (during training) and just get right on the edge where you know that they could make it," Wilcock says.

Once the building phase peaks (about four weeks before race day), the runner transitions into the taper period, during which weekly mileage is gradually reduced.

This allows the runner to rest, recover, build up glycogen stores, and enter the competition with fresh legs.

While every training program varies according to the athlete and their race, most runners actively train six days a week and dedicate one day to rest. Training is a mix of base runs (medium to long runs done at an easy pace), tempo runs (shorter runs done at a “comfortably hard" pace), speed sessions (intervals, fartlek, sprints), strength training, mobility and active recovery, and progressively long runs. The average week for an ultramarathoner in training might look something like this:

How Should You Fuel and Hydrate When Training for an Ultramarathon? 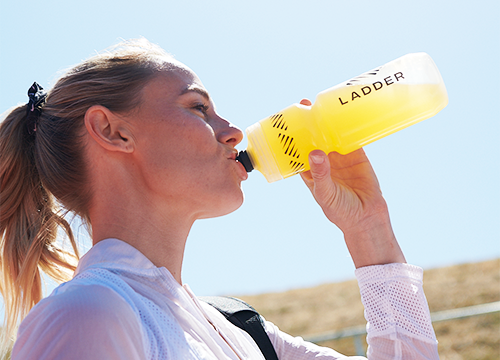 Fueling as an ultramarathoner is a matter of both quality and quantity. “The caloric intake is definitely higher. When you think about what you're using energy-wise, you're burning a lot of calories," Wilcock says. "For me, I'm eating every two to three hours to try to upkeep my energy. It's hard when you're training a lot — you almost can't keep up with the energy that needs to go in to perform."

Wilcock's meals are balanced according to her own macronutrient needs. “I make sure I have my good protein source, my starchy carbohydrates, and then my good fats," she says.

Her typical breakfast is a smoothie made with Chocolate LADDER Plant Protein, a frozen banana, greens, blueberries, and almond milk. If she's short on time in the morning, she'll stick with a LADDER protein shake. “I need to go into my sessions fueled."

The other part of the fueling equation? Hydration — and not just during and after workouts. “I never want to go into a session dehydrated," Wilcock says. "I'm always upping my water with my hydration supplements. Keeping up your magnesium, potassium, and sodium levels just gives you a little bit more of a boost. LADDER does really well with the Hydration blend. I just pour the powder into my water bottles. I'm drinking that for most of the day, especially just before a workout."

While Wilcock enjoys a cup of coffee in the morning, she relies on LADDER Pre-Workout on afternoons when she feels her energy dipping. “It does pep you, but in the right way. It won't make me crash," she says. “And then I can still go to sleep at night, which is super important to me."

The 24 Hours Before and After an Ultramarathon

The 24 hours leading up to and following your race are still important factors to consider.

The 24 hours leading up to an ultramarathon are for preparation and organization. It's best practice to set out clothing, gear, fuel, and hydration — all of which have been previously tested — the day before so there's no scrambling or second-guessing the morning of the race.

“I make sure that I have two bottles of LADDER Hydration, which are in my race pack," Wilcock says. "And then I have a bladder full of water."

Some athletes may also opt for a “shakeout run," a short, easy jog that can help keep the muscles warm and pre-race jitters at bay.

The 24 hours after an ultramarathon are all about recovery, but not necessarily rest. To help ease the inevitable soreness, Wilcock encourages the runners she coaches to keep moving. “When you stop, the muscles kind of lock up," she says. She often recommends swimming, in addition to contrast baths or showers, to promote blood circulation.

Hydration and fueling are also post-race priorities. “We replenish by eating high-quality sources of proteins, carbohydrates, and fats that the body needs to heal," Wilcock says. “And drinking, lots of water. Not just water, but actual hydration with electrolytes."

When Water Isn't Enough: The Benefits of LADDER Hydration