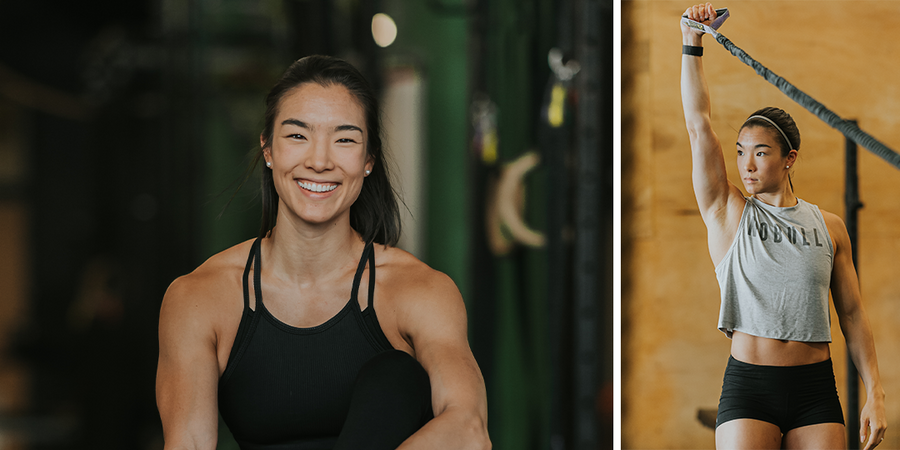 “There Was Never a Ceiling”: Meet LADDER Athlete Steph Chung

Among the possible explanations for how Steph Chung accomplishes so much in the 24 hours she’s given each day — access to a time machine, multiversal sorcery, secret twin sister — it turns out it’s just a case of plain old sacrifice.

The ex-gymnast, current CrossFit fanatic, and future Physician Assistant has had some tough decisions to make over the last few years. First she gave up a teaching career to compete and coach, and now she’s giving up competition to pursue a calling in medicine.

But no matter where Steph finds herself in the space-time continuum, she’s led by her characteristic desires to constantly better herself and help others do the same.

When she squeezed us in between commitments for a quick interview from her car, we heard from all facets of Steph: the athlete recounted her journey to the biggest stage in CrossFit, the coach dropped some inspiring gym motivation, and the student shared her passion for healthcare.

Get to know how this renaissance woman went from teaching biology in Qatar to reaching the highest peaks of CrossFitness.

Fuel up and recover like the pros with LADDER's line of premium, science-backed supplements.

LADDER: What got you into CrossFit? 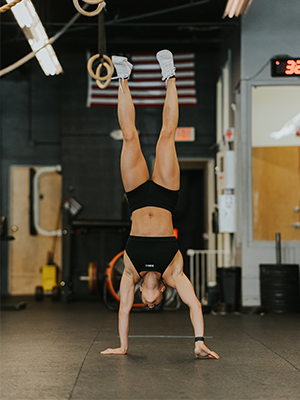 After starting CrossFit in 2013, you entered the biggest CrossFit competition just a few years later. When did you realize you could take your game to the highest level?

Straight out of the gate, I actually didn’t think I could compete because I had a lot of back injuries from gymnastics. But when I moved to the Middle East, I met my now-husband who was the head coach of the gym I went to. He saw that competing was a motivating factor for me, so he said that if I trained for some local qualifiers, I’d be able to travel and see more of the Middle East while I was there.

After my first year qualifying for Regionals, I decided to leave my teaching job to train, compete, and coach full-time. I always thought it would be really cool to go to the CrossFit Games, but it wasn’t until just before I qualified for the Games that it was something I really wanted to push for.

CrossFit demands just as much mental toughness as it does physical toughness. Do you follow any practices to help sharpen your mental game? 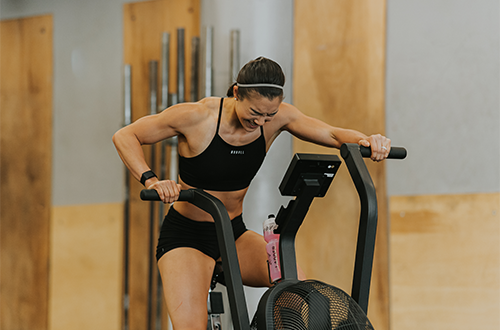 I think part of it is understanding that mental training happens all the time. It's not something you can turn on and off — it's just how you are. So you have to go into every workout with purpose. You have to set your mind to a specific goal and not get tempted to change it just because things get hard.

I tell people all the time, when things get hard in the workout you have to know exactly what you’re going to tell yourself to keep yourself moving. Having mental toughness in CrossFit is knowing that it’s not a “sometimes” thing. It’s an “always” thing. When you take it easy on yourself, you're the only one that knows. You have to just be really honest with yourself.

You took a step back from CrossFit to pursue medicine. Given your competition journey and love for the sport, how hard was that decision?

It was really hard. I loved every aspect of my life — coaching, training, and competing. That’s why it took me so long to make the decision. It’s because of sitting at home during the pandemic that I realized I belong at a hospital helping people right now. But the good thing is that one of my goals as a PA is to eventually bring the healthcare field and CrossFit together.

Do you see any overlap between those two worlds in your life right now? 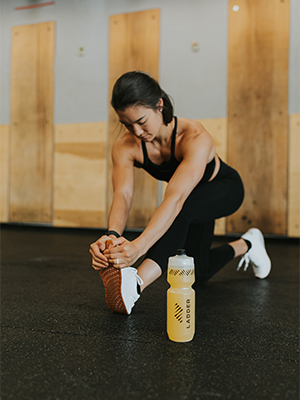 Yes, and in very cool ways. Being an athlete helped me understand how the body moves in a functional way. And I’m not sure that school has helped me be a better athlete, but I certainly understand movement patterns and injuries better. Learning more about the biomechanics underlying those things is really interesting.

What kinds of changes have you had to make to your nutrition now that you’re not competing?

It’s been a journey learning how to eat when you’re not a full-time athlete. I’ve been used to eating like I train four or five hours a day — at my highest, I would eat around 450 grams [approx. 1 lb.] of carbs a day — and all of a sudden, I’m sitting in a chair for eight hours a day. So I think nutrition for everyone is kind of an evolving science experiment, and that’s been especially true for me this year.

I'm pretty type A, so I tend to be overly strict with macros, and I've been trying to get away from that because I don't think it's super sustainable. In season, I would be like 90 percent on-macros, but now I have a couple open meals a week. And if it ends up being more than that, it’s not a big deal.

As someone who’s highly particular about what you put in your body, what made you go with LADDER? 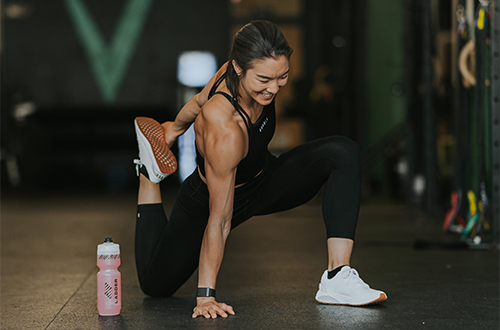 The first thing that I always look for in supplements is if they’re NSF tested. It's a quality thing for me and is a sign that the company puts resources into making sure they know exactly what’s going in there.

I also like that the ingredients are very intentional. For years, I couldn’t find a supplement that I trusted and had everything I needed in it. So I would put five scoops of different supplements in my shake. The Pre-Workout has everything that I would normally take in one packet.

What are your favorite products and how do you incorporate them in your routine?

The protein is probably what I use the most, because it’s kind of hard to get all your protein in solid form. I don’t want to just eat chicken all day. The vanilla protein is my favorite for oats, and if I’m really shy at the end of the day, I make a chocolate shake — either Plant Protein or Whey Protein.

I haven't historically taken plant protein, since it usually upset my stomach or didn't taste good. But this is the first plant protein that I actually like and choose over whey at times.

Front Squat vs. Back Squat: Which Barbell Squat Is Right For You