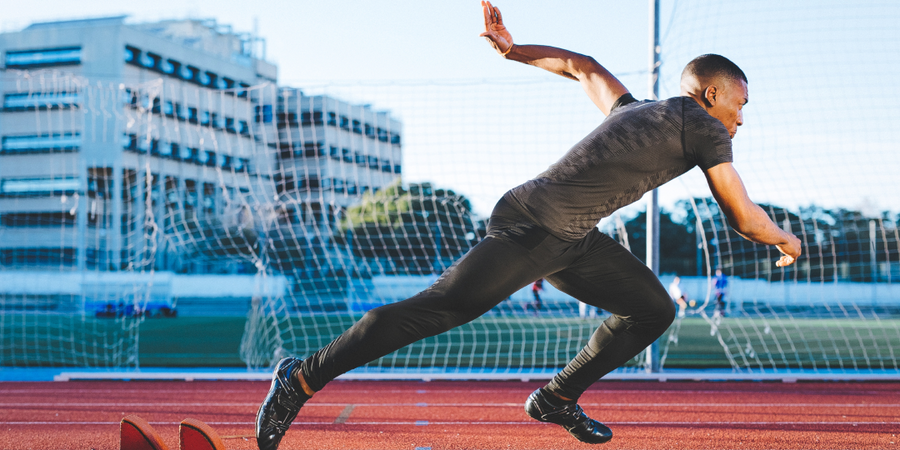 When was the last time you really had to sprint? Heart pumping, legs burning, and going as fast as you possibly could?

If you can't remember, then you're missing out on one of the best tools used by athletes to challenge their bodies and improve their body composition. In fact, sprinting is arguably one of the most essential training tools for athletic performance.

If you're going to work sprints into your routine, you need to consider the best ways to approach them to maximize their use and to protect yourself. When you do, you'll see improvements in your body's ability to perform.

Get the right fuel you need to elevate your performance with LADDER supplements.

What Are the Benefits of Sprinting? 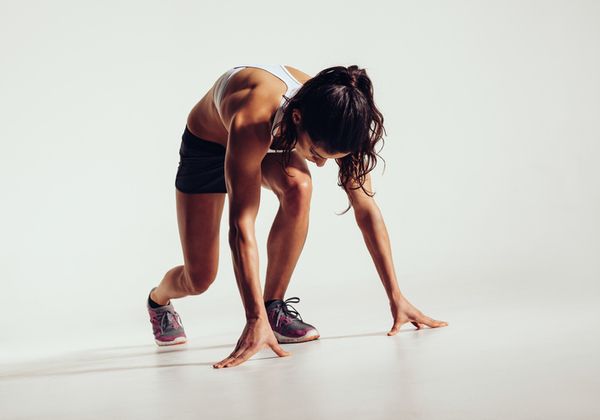 Sprinting carries over to every sport because of the power, strength, and speed benefits. “Because it's super explosive, it's activating practically every muscle in the human body," says Mike Young, Ph.D., director of Athletic Lab, which focuses on speed development and athletic performance. “Not too much in the fitness world involves every muscle group acting as aggressively as you see in sprinting," Young says.

Beyond sports performance, the benefits of sprinting carry over to the body's physical qualities, Young says.

“You get the benefit from the high intensity through body composition and lean mass — more athletic glutes, hamstrings, and quads," he says. “This is why you see elite sprinters look the way they do — really lean and muscular. Much of that simply comes from the act of sprinting."

Before You Get Started...

If the last time you sprinted was in high school gym class, don't go right out and do 100-yarders. You just want to start with moving fast again, says Martin Rooney, CSCS, founder of Training for Warriors.

That could be taking quick steps through a speed ladder or doing paces slightly faster than would feel comfortable. “You have to wake up the nervous system that accesses the big muscle fibers — the big motor. When you do that, you can work that musculature," Rooney says.

That also means you should work on mobility — dynamic movements like lunges and stretching that improve your range of motion — so you lower the risk of injury. And if you're at a higher body weight than you should be, improving nutrition and losing weight will improve your ability to sprint, Rooney says.

When you do start sprinting, start with the basic movement, acclimating your tissues, muscles, and even bones to the intensity, Rooney says. Even sprinting in place can be a good starting point as your body gets used to the movement.

While there's no "perfect" distance to sprint, aim for 30 yards or so when you're first starting out.

4 Sprinting Tips to Get You Faster

If you want to make sure you're experiencing all of the benefits sprinting, here are five tips to help you do it the right way. 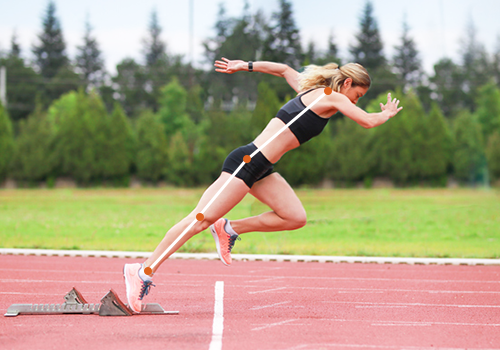 The fastest body is the most efficient body, meaning you're not wasting energy with body parts in the wrong place. While it may seem that running fast is just, well, running fast, then you're not making the most of your effort. Your anatomical checklist:

Good sprinting is about how you accelerate through the run. “The physics of running has not changed: If you run in a world governed by physics, you don't get to top speed without acceleration," Young says.

That means your first steps are big, long steps — not the short, choppy ones you see some people doing — with big, swinging arms. When you take short steps, you can't generate a lot of force, because there's less contact time with the ground.

When most people hear the word “sprint," they think “all-out." That doesn't have to be the case, Rooney says. Think 70 or 80 percent — and play with combinations of different distances and intensities.

“When we say sprint, it doesn't mean it has to be like a tiger is chasing you," Rooney says. 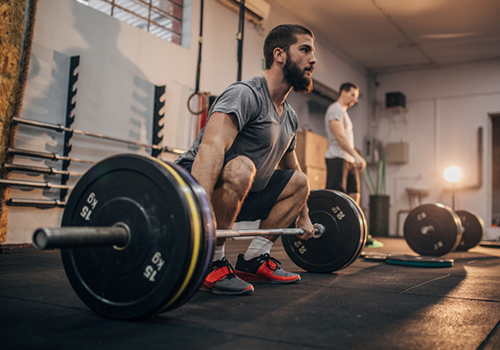 The glutes and hamstrings — and all the muscles in your posterior chain — serve as your engine for speed, Young says. Deadlifts, Romanian deadlifts, glute-ham raises, and steps-ups are great for strengthening those muscles to help with sprinting performance. Any single-leg exercises will also be helpful, Young says.