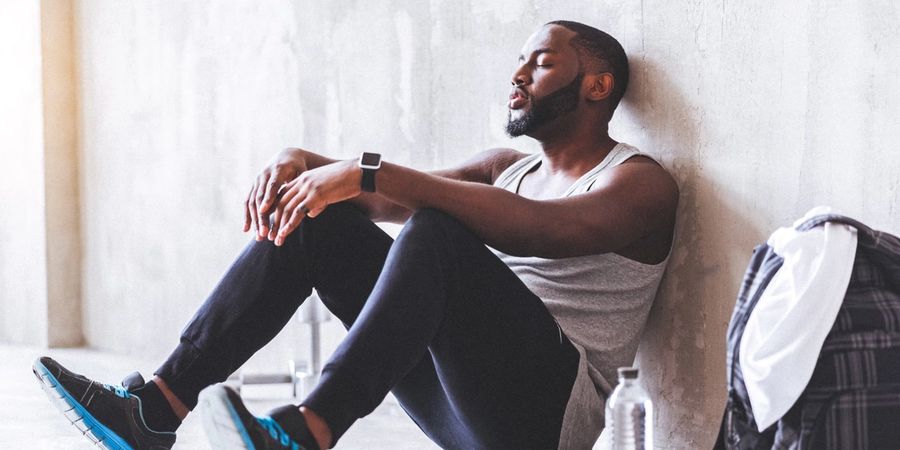 Spewing headlines like “The crazy-surprising benefit of carbs for athletes,” fitness websites and training blogs went wild a few years ago over a study in the Journal of Sports Sciences investigating the relationship between sleep, nutrition, and intense exercise.

Thanks to some well-placed mirrors, plenty of smoke, and a cunningly crafted abstract, the researchers beguiled many media outlets into believing (and subsequently reporting) that carbs are a secret weapon against the physical and mental ravages of intense, boot camp-style training. But a closer look at the study (yes, like, the entire study) reveals that while carbs may help, they’re not a magical panacea.

Researching the Effects of Carbs on Sleep Quality

The study put 13 “highly trained cyclists” through a nine-day intense training regimen. Half of them were fed a “high carbohydrate intervention” consisting of carb drinks before and during exercise, and a carb/protein drink post-exercise. The other half — the control group — received a low-carb drink before, during, and after exercise. None of their drinks contained protein.

Both groups experienced a dip in performance during the study period. Both groups also experienced decreased quality of sleep. But the control group tended to stay in bed longer, and reported more “mood disturbances.” In short, they were less spritely and very crabby — not the kind of guys you want around you in a peloton.

Given that the study is titled “Evidence of disturbed sleep and mood state in well-trained athletes during short-term intensified training with and without a high carbohydrate nutritional intervention,” it’s tempting to think that the big lesson here is that consuming more carbs while training can help fight fatigue. If you really dig into the study, however, you’ll see that this may not be the case.

A Closer Look at Nutrition

First of all, one of the study’s authors, Asker Jeukendrup, Ph.D., is heavily involved with the Gatorade Sports Science Institute. That immediately introduces a potential bias toward carbohydrate-laden sports drinks. And while there’s no denying that Jeukendrup is a leader in performance nutrition research, a look at his body of work affirms that he is a believer in carbs.

Second, the “high carbohydrate” subjects were fed 17 grams of protein post-workout — an amount that a recent study in the journal Nutrition and Metabolism showed to improve recovery all on its own. What’s more, they consumed about 4,150 calories a day while the control group topped out at 3,500 calories.

That’s a big difference — and it can make a huge difference in performance during bouts of hard training. But Jeukendrup already knew that. In his book Sports Nutrition: An Introduction to Energy Production and Performance, he writes that the average elite amateur cyclist takes in about 4,370 calories a day.

And therein lies the true lesson from Jeukendrup’s study: If you’re training hard and your focus is performance, you need to adjust your diet (i.e., increase your consumption of all three macronutrients, including protein) to accommodate your elevated fuel requirements. If you don’t, consider training alone, because chances are you’ll be a moody, surly, somewhat lazy training partner.

What Is Fasted-State Training? A Complete Guide