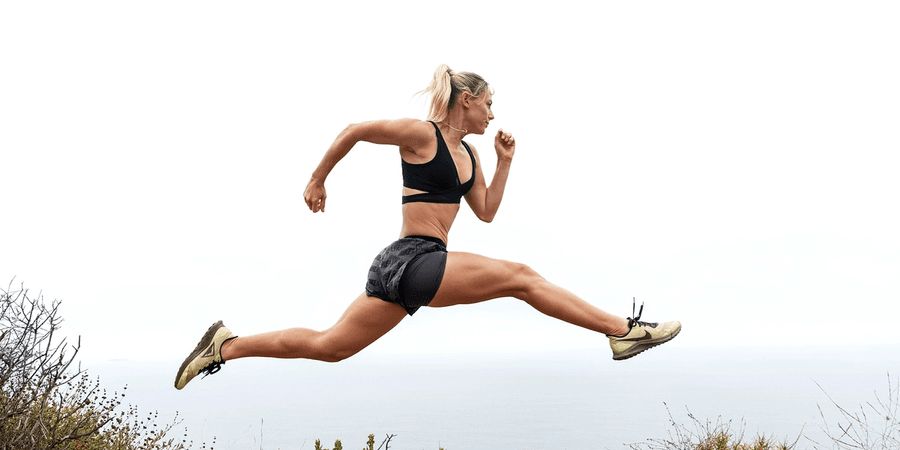 There’s pushing yourself to your limits, and then there’s Bec Wilcock.

The Aussie Ultramarathoner, Nike Running Coach, and LADDER Athlete has competed in some of the most grueling ultramarathons. That includes the infamous Barkley 100, a race that only 15 men have ever finished since its inception in 1986. If that doesn't sound ambitious enough, she and a team of six women now hold the fastest female finish in The Speed Project — a 340-mile nonstop relay race through the desert from LA to Vegas.

Bec's grit doesn't stop at her ability to push herself physically: Just after her son's first birthday, she discovered that she had a rare cancerous tumor called acinic cell carcinoma. However, Bec simply referred to this time as a “hiccup” — right before she went into her final surgery, she signed up for the Barkley 100. 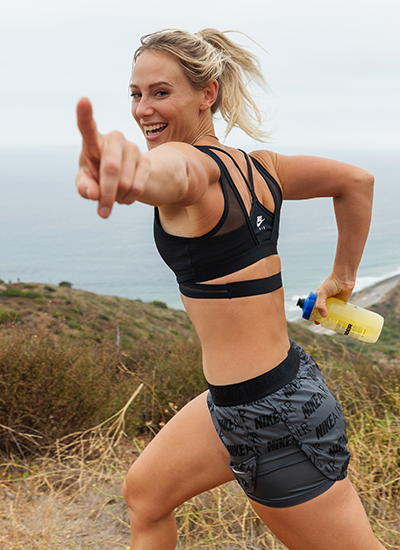 Running isn't just a career for Bec. “It's the one thing that has helped me get through all the challenges I've endured in my life.” To most, running a 100-mile race through the Tennessee wilderness after overcoming cancer sounds like a twisted prompt from a “would you rather" game, but to Bec Wilcock, "It was my way of telling myself I'm going to get through this and I'm going to get to that starting line."

We got the chance to sit down with Bec and chat running, motherhood, cheat meals, and fitness tips. Here's what she had to say.

LADDER: Training females and young girls, in particular, is a passion of yours. HER (Here We Run) is a non-profit female running group you founded. Can you talk about the motivation behind starting HER?

BEC: Women are a very different type of athlete than men. Back in the day, many coaches didn't know the differences, and it's unfortunate because you're not learning your full potential as a woman.

I started HER to help women be the best version of themselves. The biggest training difference, in comparison to men, is the hormonal changes and different life events as a female. A lot of women worry about getting their period on race day, but you can learn how to train your body to benefit from your high hormonal phase and actually perform stronger during your cycle. 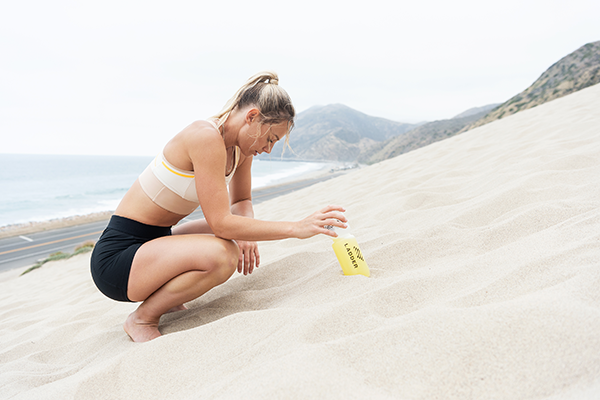 What tip would you give runners who are trying to increase their mileage?

If you're just starting as a beginner, don't be too hard on yourself. Start small and develop your own consistency. Run one minute on, one minute off, and then work your way up to 5 minutes. Then, as soon as you can, get yourself to running for 20 minutes. Try and run for 20 minutes three times a week.

Whatever you do, don't just run once a week. Consistency is key! Running fitness is completely different to any other type of fitness. If you don't run consistently, then your body will forget that you are a runner.

How do you bounce back from a race where you don't perform your best?

It's always about the journey of training until your peak performance. Regardless of whether you finish, or the result on that one day, the journey made me who I am today.

I think your failures definitely make you stronger.

As athletes, that's one thing we should be focusing on — performing every day to be our best. Because one bad game or bad run doesn't define who you are. It's the courage and the discipline you bring every day that defines you. 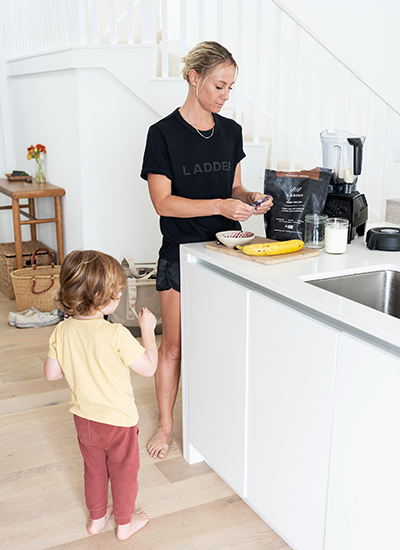 How did pregnancy change you as an athlete?

I came back from having a baby, and I felt like a superhero. Pregnancy taught me how to be kind to my body, and how to appreciate everything that it can do — including growing a human!

What about your mindset? Are there takeaways you got from being pregnant that you can share with anyone on a fitness journey?

Mindset is key during pregnancy, especially your first, as no one can really explain to you what's about to happen. Every day is a mystery. Your body changes so much and you have to surrender to the beauty of pregnancy.

It reminded me of the same kind of growth in a challenging training program. You don't think you can make it and you hit a wall, and you're like, “I definitely am not going to make this,” but you keep at it. And then, all of a sudden, you're at the other end. You're climbing a ladder. It's like, “I made that. I can do anything now.” 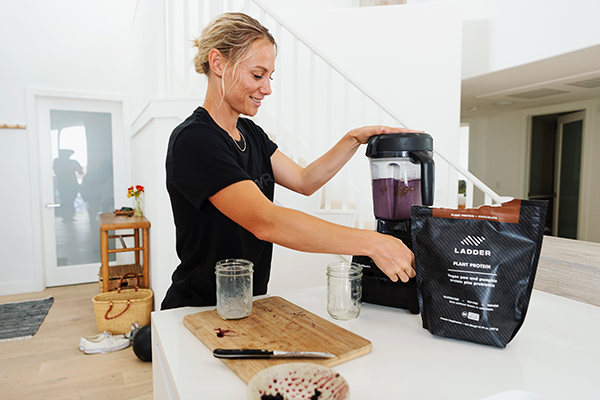 If you had just 20 minutes to work out — no equipment — what would you do?

So I'd sprint for 20 seconds as fast as I can, then a 40-second jog, and repeat for 10 minutes. Then, flip it and do 40 seconds full-speed run, 20 seconds jog. I'll repeat that cycle for five minutes.

Then, I would superset some some lower-body plyos like a reverse lunge and a lunge jump in a Tabata set.

Any tips for runners struggling to maintain motivation at this time when group runs and races are postponed?

It's hard to continue that motivation, especially when you're training alone. Make sure you have your workouts scheduled like you would any other meeting so you don't miss it. And, having an end goal that's tangible really helps. Start building toward something that at the end of it you're still going to achieve something that's measurable.

Gluten-free pizza from D'amore's — love me a pizza and red wine night!

The song on your workout playlist you can't get enough of right now?

If you could train with anyone in the world, who would it be?

“Time Waits for No One” — Meet LADDER Athlete Monique Billings