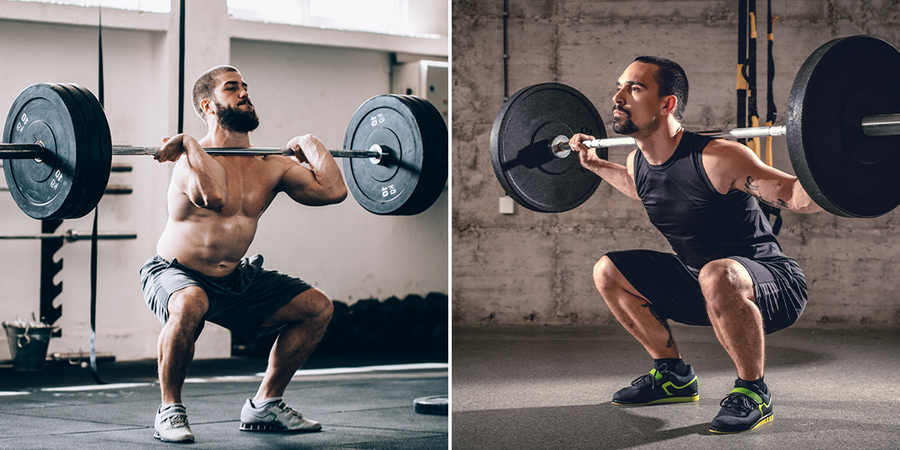 Front Squat vs. Back Squat: Which Barbell Squat Is Right For You

We don't question all the available squat variations. We understand that each one — from the curtsy squat to the split squat — builds lower-body strength while bringing something a little different to a workout.

But there's something about squatting with a barbell that invites a comparison between the front squat and the back squat. Which is harder? Is one more effective at building muscle? Do you need to do both? In the battle of front squat vs. back squat, which squat wins?

Support muscle growth and bounce back faster from your workouts with LADDER Whey or Plant Protein. Shop all premium supplements.

Is a Front Squat Harder Than a Back Squat? 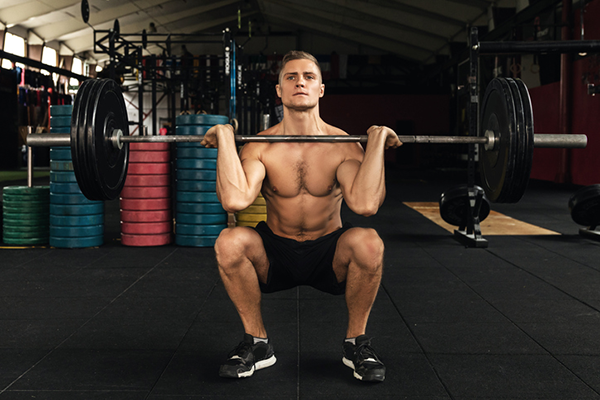 Before investigating the merits of the front squat vs. the back squat, it's important to understand the differences between the two movements.

Both use a barbell, but the placement differs:

Because of the front-loaded positioning of the barbell, most people find the front squat to be more difficult than the back squat. “This is because in a front squat there is much more demand put on maintaining posture, and the bar has to stay within a smaller path to be able to hold onto it," says Kate Meier, CPT, Certified USA Weightlifting Level 1 Coach and senior editor for Garage Gym Reviews. While both squats engage the upper body, the front squat poses a greater challenge to the core and back muscles.

Some lifters also struggle to hold the barbell in a front squat, says Robert Herbst, 19-time World Champion powerlifter and member of the AAU Strength Sports Hall of Fame. “The front squat is more difficult to perform because most people lack the flexibility to hold the bar," he explains. “Some can do it Olympic clean style [with their elbows up and fingers under the bar], while others cross their arms, but many find it uncomfortable. A back squat is easier to hold because the bar is up on your traps or farther down on your back and held in place by the mechanical force of your arms."

Do Front Squats and Back Squats Work the Same Muscles? 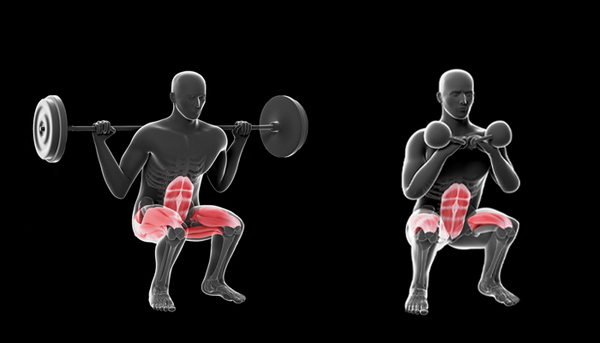 When comparing the muscles used in front squats vs. back squats, there are some differences. Meier explains:

And while both the front squat and back squat will test your core strength, the challenge is typically greater in a front squat.

Can Front Squats Replace Back Squats?

Meier says that a well-rounded strength routine typically includes both front squats and back squats. But it's not necessary to do both, especially if you're training for general fitness and not a specific sport.

“Depending on your body type, one may feel better on your joints than the other," Meier says. “The important thing is to include a squatting movement in your program in general." If you prefer front squats, it's fine to make them your default squat option.

Should You Add Front Squats to Your Routine?

As previously noted, front squats don't need to be part of your training plan, especially if you find them uncomfortable. But if you're at all interested in sports like CrossFit or Olympic weightlifting, front squats are unavoidable.

Alternatively, you can try a goblet squat with a dumbbell or kettlebell positioned in front of your chest. Like the front squat, this movement demands core and back strength, but it's easier to scale down the weight, and the grip requires less mobility.

How to Perform a Front Squat 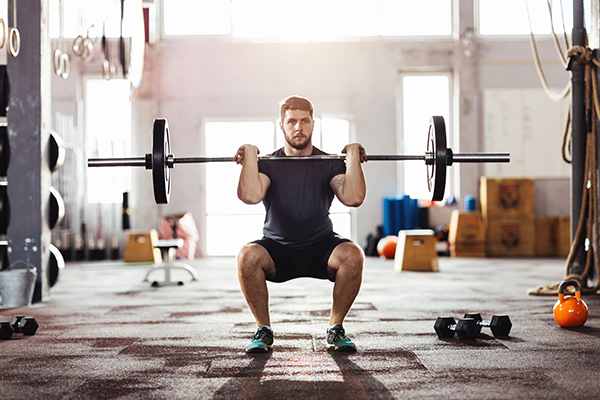 Before attempting a front squat, it's a good idea to work with a personal trainer to ensure you've mastered the proper form for a bodyweight squat. “Many times people hurt themselves because their squat movement is not good, and then they throw weight on top of it," Meier says. As with any lift, start with a light load and progress gradually over time.

"Ass to Grass" or 90 Degrees? Here's How Low You Should Be Squatting

Maximize Strength and Hypertrophy With Increased Time Under Tension